Abortions. A hot button topic. There are pro-lifers who believe that a fetus at whatever timeframe spent in the womb, it’s a baby with rights and the mother doesn’t have a right to terminate that baby under any circumstances.

Then, there are pro-choicers. They believe a woman has the right to choose what to do with HER body. Not the government. Not her parents. Not her husband, boyfriend, or whomever. The baby isn’t a baby until the fetus/embryo reaches a certain point in the womb. SHE makes the choice on whether to keep or terminate the pregnancy!

However, what happens when the woman is raped or there’s incest? Does the woman have a right to choose what to do with HER body then or are people stepping in to make that decision too? It doesn’t matter what happened b/c Alabama made the choice for you! Article here. 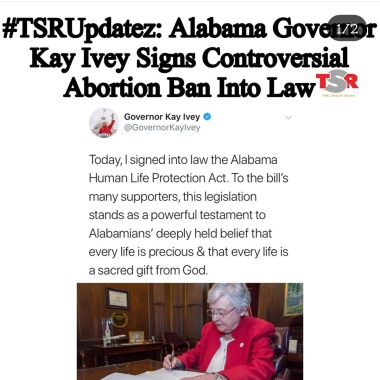 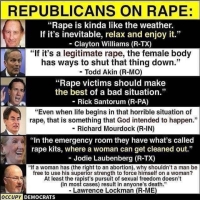 You, men in the Senate, don’t get to decide what a woman does with her body or her baby! Period!

You don’t know what it’s like to carry a child, a whole ass human being, in your body nor what it takes to deliver a whole baby, so how you get to choose what a woman can and can’t do when it comes to her pregnancy, her body?

I don’t understand how a room full of men, who know nothing about wombs, ovulation, cramps, labor, chemical changes, pregnancy, menstruation, or mother/child anything… can have the unmitigated gall to make this choice. 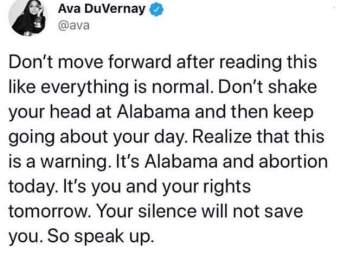 To the women who are cosigning, signed this trash… Eff you, too! As women you should know what it feels like… oh, but wait… you don’t know.

This bill, law, whatever is disgusting and I hope that somehow, someway… it backfires on every person that signed it.

Really, this is going to be short and sweet b/c it’s a lesson they should have learned as teenagers…

Don’t speak on what you don’t know!

As many people often wonder why women even choose to get an abortion. Like, what drives them to make that choice❓ How come they don’t just have the children that they lay down and make, right❓

Well, the answer is below:

What we need to be focused on tho… is:

I really want to know how this happened❓ 🤨🤨🤨

Especially when schools are being shot up damn near EVERY WEEK, yet these white men and some women, want to control a uterus, womb, birth canal… STOP IT‼

Control these guns and then control your need to be up in a woman’s uterus where your pointy ass nose doesn’t belong. 😒😠