That baby is ready to come into the world. However, what happens when there are hiccups in that labor and delivery process or after the delivery? I have talked about pregnancy and childbirth in relation to women of color before, post here.

However, it has now become important on a national level. Presidential Hopeful and Senator, Elizabeth Warren, stated that she plans to reward hospitals that make it safer for women of color to have children. Article here. 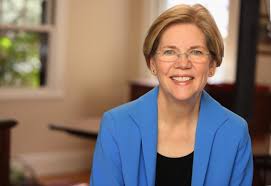 Sen. Elizabeth Warren plans to drive down the maternal mortality rates in women of color by offering rewards for their efforts to combat the issue.

This is going to be short and sweet.

THERE SHOULDN’T HAVE TO BE MONETARY REWARDS FOR BETTER HEALTHCARE!

Yes, women are dying during childbirth. That’s nothing new.

I’m simply saying that women, regardless of who they are or where they come from, deserve great healthcare. Period.

These medical professionals especially doctors, take an oath: To first, do no harm. Yet here they are telling someone their pain is in their heads. Fuck outta here! Since when is it okay for some nurse or doctor to be judge and jury on a woman’s pain?

While I am not endorsing Sen. Elizabeth Warren, I do not agree with medical professionals being paid more money to do what they took an oath to do in the first place.

Why should they get more money to stop treating women of color like they don’t matter or exist? They shouldn’t be doing it in the first place. They need to turn this around and start making examples out of people.

Those who participate in this practice of medical neglect: They deserve to be fired, jailed, license revoked, barred from the profession, and ordered to pay a hefty fine to the families that received that lackluster healthcare.

If you, as a medical professional, don’t want to do your job, then QUIT! It’s really that fucking simple.

Nobody has time to tell you assholes that what you’re doing is wrong, you know that. You just don’t care. If that’s your attitude, then QUIT!