Birthday Gifts. Usually, when a parent has to buy a teenager a bday gift, that child would want a car b/c they are old enough to drive. I mean, every teenager looks forward to being independent and a car gives them that freedom.

However, never would a parent think to gift their child a business for their birthday. Not only creating financial freedom and wealth in the long run but also a lifetime of lessons and business acumen that they possibly wouldn’t learn anywhere else.

This mother decided against the car that her daughter wanted and instead created a whole business for her daughter in order to learn and run, thus allowing her to purchase her own car when she could. Article here. 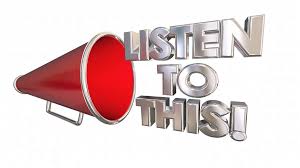 There is no Rant in my Spirit b/c this is so amazing! 🥰😉

This mother, thought above and beyond, her child’s desire for a car and gave her something far better.

Gifting your child her own business is not only smart and thoughtful, but it teaches a wealth of knowledge and lessons.

Sure, this mother could have bought her daughter a car, but what would her daughter have learned? Nothing. However, this mother figured she’d teach financial lessons such as wise spending, the ability to save, and appreciation.

This way, her daughter can work to save her own money for the car she wants. Therefore, this mother is showing her daughter that she can appreciate her own car far better when she purchases it for herself.

Of course, running a business is so much more than being financially independent. It provides knowledge, sets her daughter up for the future, allows her daughter not to work for others, and potentially, creates a household name for generations to come.

I really applaud this mother b/c not many parents think about doing this for their child. Or… well, not many non-rich and unwealthy parents.

Kudos to this mother/daughter team! I wish you nothing but success and continued growth in your new endeavor! ❤