Many parents utilize a daycare facility when they have small children or return to work after having a baby. The parent drops their child off in the hopes that the child will be safe and well cared for while they are at work.

What they don’t anticipate is that harm will come to the child… and they certainly don’t anticipate their child being murdered. Well, this tragic story happened in Baltimore, to one woman and her 8-month-old child.

This incident took place in May 2017, but recently the daycare worker was sentenced to life in prison with all but 70 years suspended and 5 years of probation upon release. Story here. 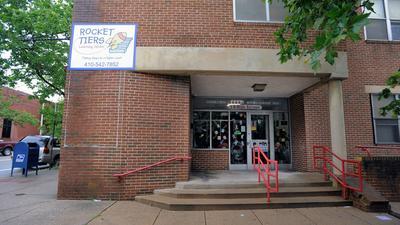 A woman, by the name of Leah Walden, worked at Rocket Tiers Learning Center in Baltimore, MD. An 8-month-old baby, Reese, was having a hard time sleeping during naptime one day.

Leah decided to pin this baby by one arm, to the bed and slap her while the baby kicked and screamed. When the baby wouldn’t calm down, she snatched her from the bed and slammed her back down again. Then, she piled multiple pillows on top of the baby’s head, which ultimately caused death. Her actions that day were caught on camera.

Later, Leah said to a co-worker, “Girl, I’m frustrated… I’m sick of this little b—. I hate this little b—… She makes me want to punch her in the face.“

Leah’s sister tried to defend Leah’s behavior calling her frustrated and saying she wasn’t a monster for what she’d done. Then, she turned to Reese’s family and apologized for her sister’s actions. Leah also apologized for her behavior saying that she didn’t want this to happen.

However, their defense fell on deaf ears. The jury and judge, as well as Reese’s family, were all in tears. Leah was sentenced to 70 years in prison, which will mean she’ll get out when she’s in her 90s.

The Rocket Tiers Learning Center has been permanently closed since the incident.

First, my heart goes out to the baby’s family and I am so glad that they received closure and justice for the death of their baby girl, Reese.

Imagine how the parents felt. The last thing any parent would expect is to hear that their child died at daycare. No parent is prepared for that. No parent wants to hear that.

Daycare costs too much money, sometimes more than a mortgage/rent payment, to have to worry about daycare workers and teachers mistreating anyone’s child. However, that’s what Reese’s parents were met with and told that day in May 2017.

The anger, the grief, the pain, and hurt after putting trust in a daycare they pay money to isn’t too much to ask b/c that’s their job! Take care of their child. See that their child is changed, fed, and happy while they work. That’s what you are there to do, right?!

So, how is it that their baby ended up dead? How is it that her sister can look anyone in the face and say she’s not a monster for the gross mistreatment and death of that baby.

Not only that, she attacked that baby b/c she wouldn’t go to sleep like the other children. She called an 8-month-old baby a “bitch” and stated openly that she wanted to punch the baby in the face. Why? That’s not emotionally stable behavior nor is that the behavior of an experienced caretaker.

That’s not frustration. That’s insane and mentally unstable behavior at best. That’s hatred. That’s pure and utter hatred, which meant she shouldn’t have been allowed around any children at all.

It was Leah’s responsibility to tell someone that she was either unwell or needed a break, but to remain available for work and at work, while disengaged emotionally, is her own fault.

The Rocket Tiers Center also stated that they didn’t provide the proper training that Leah needed to be able to handle infants alone. If that’s the case, why was she in that room alone? Where were her coworkers during the time she had to harm this baby? Did none of them hear the baby scream during the attack?

I can go on and on about this case, but I won’t b/c there’s no reason to do so. Leah has been sentenced and she’ll probably never have a touch of freedom again. That’s gotta be enough.

I don’t have any words of advice this time around. I will just say my prayers and condolences to Baby Reese’s family and for those that knew her.